PA's own GLOVES OFF premiere new track 'In Reflection'!

i just got it working now

RUN THE JEWELS have completed RTJ4, according to El-P

Dear Kate,
From a fellow Pennsylvanian to another, please bring Garfunkle & Oats to Philly! Or even Playing With Micucci so I can bring my little nephew, Baby Cole who just turned One!

But I would love to be able to chill with you and shoot the shit, drink some coffee, walk around the city or even get a hug after the show would mean a lot to me. Im not a savage or a scumbag I just admire your work and it also helps that you are the most beautiful girl in these United States. You are in my opinion the ultimate female, strong, funny,and smart. I know this will never happen but sometimes you need to wish. I would love to take you out after or before a show and be your tour guide along with maybe getting a hug at the end of the day...with one of your famous/amazing drawings. That would be my end of the world wish if I sadly was in that position. I would spend my last day on Earth with you. Anyways I hope to one day meet you, and hell maybe you'll want to meet me.
- Adam Schnellenbach?

If she reads thus she won't be creeped out at all.

Its a fan letter, but I want her to do a song for my nephew. She seems cool enough to do it. I just dig her. Its not creepy at all I was just being honest. I think she is awesome. Im not like asking her out I was just asking if she does a Philly performance if I can get a few minutes afterwards to talk.

This message board is evidence that the human race should be destroyed. I've never met so many negative and hateful people in one collective place. I don't even know why I ever signed up again and started posting. I lifted over a new leaf in my life where I have finally learned to cope with my anxieties and sadness. Only to post here, get shit on for no reason and end up back at step one. You can tell me to grow up for riding a little kids bike and wearing my heart on my sleeve but I wake up with a smile on my face and know that what Im doing makes me happy. Aside from BMX, Heavy Tunes, Film, Editing, and my crush on Kate Micucci I don't have much but Im happy which is something it seems none of you want for anyone. Life is great,really it is. Filled with beauty and illusion. Life's great... without it you'd be dead.

the baby and the girl look the same

They both are incredibly cute. I will take Kate out on a date and it will rule. I know I can do it. 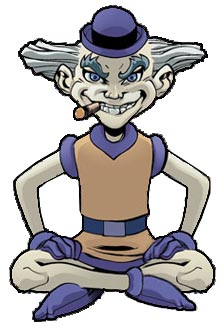 planet of the apes