new things the boards can do

Friday - A sprinkler and a spout

it's wangsday (actually it's thorsday)

we have her in a larger crate. bed, food and water during the day, puppy pad...and she hasn't gone in her crate at all (night or afternoon when my boy gets home).

do you think we can bring her up to sleep with us soon?

we both work all day and our neighbor will let her out 10-11 ish but i still feel like she's crated at night and during the day.

or do you think that will mess up her training and she will pee someplace during the night bc she's not locked up? 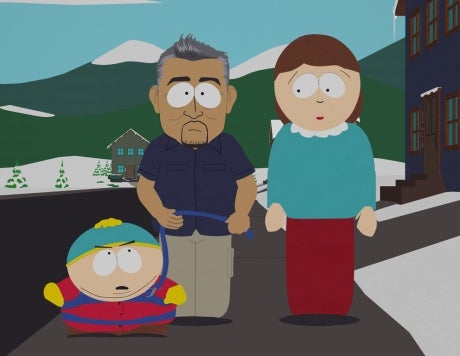 6/24/2008 4:03:00 PM
how old is this pup again? i was always advised to start out small. confine them to a small place and gradually give them more places to roam. of course, when my pup was small, little fucker got into the trash and ate a pound of chicken fats the first week we got him and THAT screwed everything up. my husband slept downstairs with him for a few days so he didn't shit everywhere when he woke up, and that conditioned him to having a night-night partner. we ended up sleeping downstairs on the floor with the dog for like 3 months because we didn't want to give him more roam of the house and he would cry if we left him in the crate alone at bedtime. we're total suckers.

you're suppose to leave them to sleep in the crate so that they get used to it, not take them out when they whimper.

oh i know. we live in a row home though and when the neighbors are complaining because the pup is howling all night long, it's bad news.

our puppy is now house trained, but if he's left outside his crate all night, he chews anything wood.

My pitt did the SAME thing; bastard ate my futon (sp?) and it was wood!

so, i guess we are really lucky because stella seems to have an amazing bladder. she's had a few times she's peed but so far so good.

since she can't get off the bed we slept with her last night. she was perfect. woke up at 5 am we took her out and she came back up and laid with us until we got up.

i totally agree with the crating thing though and she gets crated during the day. i am worried about messing up her routine though allowing her to sleep with us. i don't want her starting to wake us up to play (to piss is fine).

but i guess my thought is : why mess up a good thing? she's crated at night and sleeps until we take her out at 5. thats a pretty sweet routine. then she's let out and walked in the am. then crated until about 2 and we let her out all night long. that's not so bad right? she's only 2+ months.

6/25/2008 7:58:00 AM
they say that sticking its face in it meathod doesnt work so well, supposedly they forget and they wonder why we're yelling and shoving thier face in shit because they forget what they did, but if you catch them in the act they learn to feel guilty, and they get the hang of recognizing when they need to be outside, and theres no time for them to "forget" that they are peeing in tha house. How old is your pup? Im jealous that she doesnt go in her crate haha. Mine still do once in a while out of spite. We use a baby gate at night to keep them in our room, because when theyre in tha same room as us they won't go on the floor and they cant sneak somewhere else to do it. But if shes really young you still might have to make it a point to get her outside the second she wakes up, right before bed and maybe once inbetween still until her bladder gets bigger. I noticed some dogs start to get anxious when they are in thier crates too much and they start to ignore thier potty training, so maybe its a good idea to find the balance between house time and free time early on even if it takes a minute or so for them to [remember] that they are not supposed to pee on the floor

6/25/2008 8:06:00 AM
haha, i didnt see this page before i made that last post my bad...
Puppies are usually really good about adapting to your rutine, and as far as waking up in tha middle of tha night i found that if they get enough play time during the day theyre not too restless at night...
she sounds great good luck!