Blackberry. I swear by mine.

Anybody have the Q? Seemed pretty sweet in the store.

i was thinking about that too...but i ran into my friend the other day and he has it i didnt like it that much...i wish AT&T had these Nokia's... 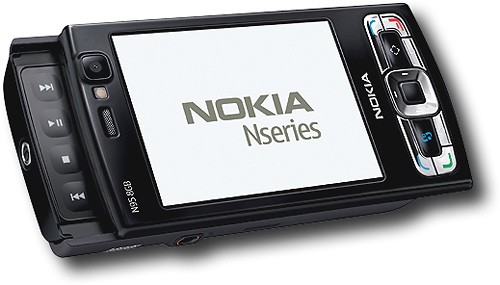 agreed if you got money to spend

9/5/2008 1:52:00 PM
i just picked up the iphone 3g and I love it. I carried a blackberry since 2003 and kept upgrading models eventually ending with the curve. Even though I switched I am not disappointed with the iphone at all. Stay away from the moto q, my friend has it and all he does is curse at his phone and talk about how much it freezes and fucks up. If you want to use the PDA for business do not get the iphone, I would strongly recommend the Blackberry. However, if you want it for mp3's and a killer web browser then it's iphone all the way.

9/5/2008 3:45:00 PM
if you're really clumsy, i'd say go with a blackberry too, i've dropped my curve an infinite amount of times, and it has yet to freeze or stop working. my friend dropped his iphone like 2 feet off the ground in a parking lot, and it was dunzo.