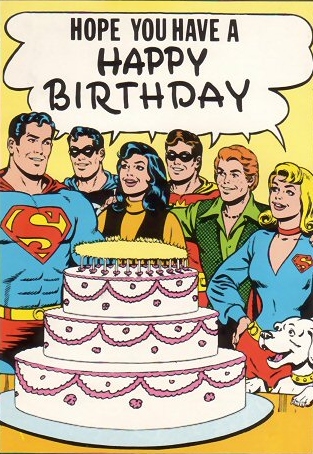 Same here....not a huge superman fan at alllll. Even though hes not bad in the New 52 JLA stuff.

your lack of interest in his character makes this thread pretty unnecessary...amirite?

"Apparently, this is Superman's equivalent birthday according to the earth calendar; Krypton's calendar was slightly different, with eighteen Kryptonian years for every twenty-five years on Earth"